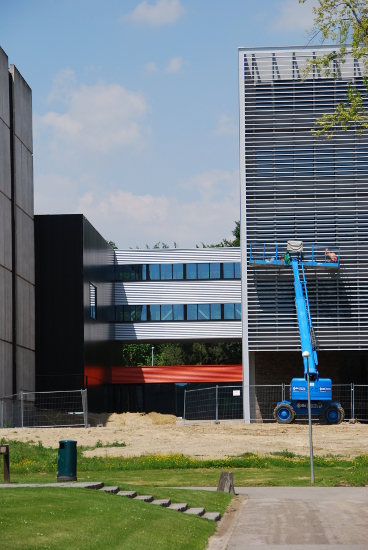 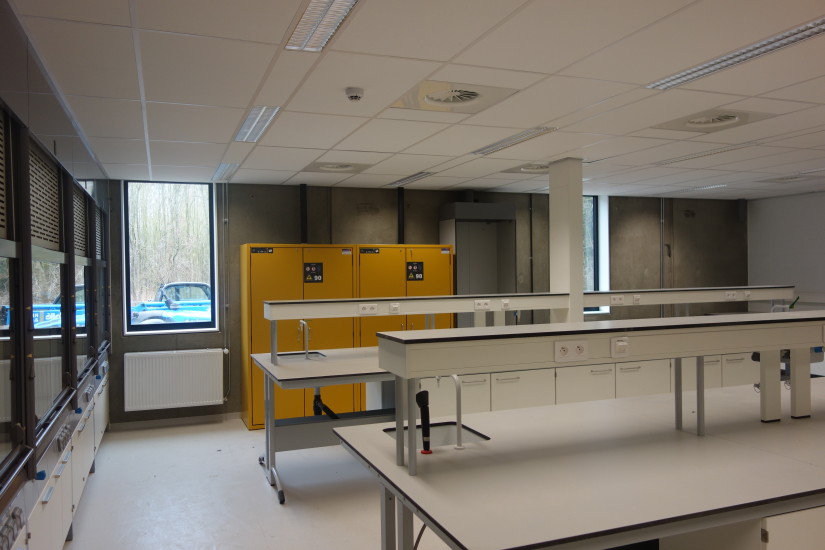 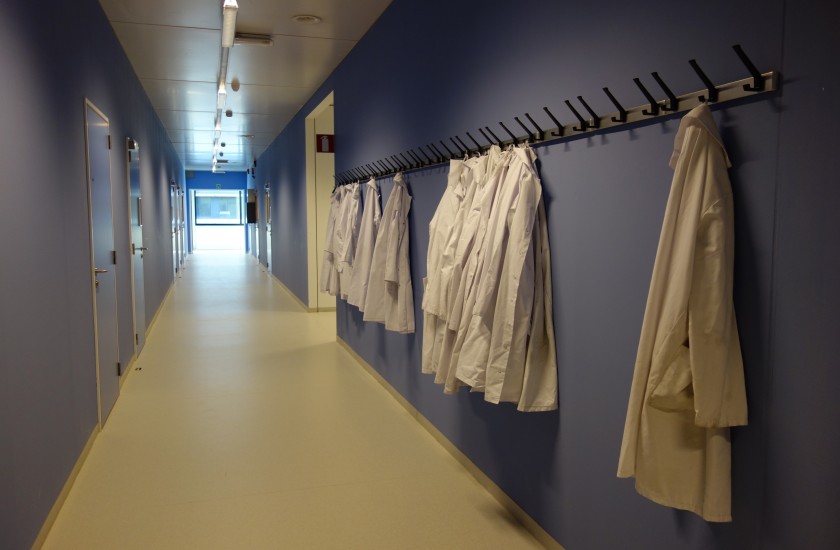 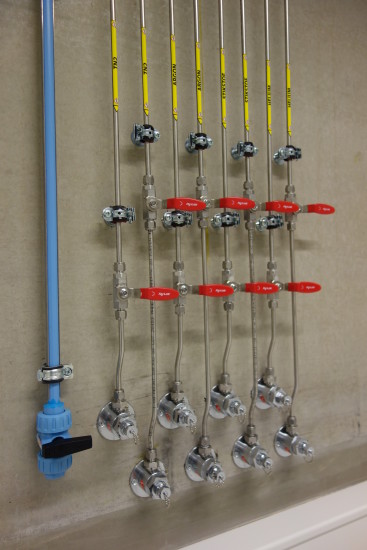 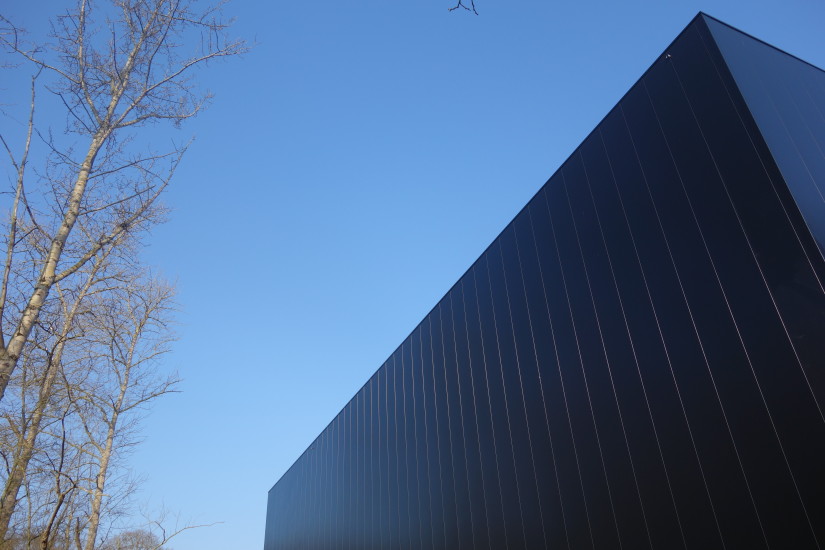 To enable different research groups to do specific nanotechnology research KULeuven wished to build two separate laboratory complexes, Corelab 1A and Corelab 1B, each having a specific program of demands but also strongly depending on one another.
These Corelabs are located on a vacant area on the Arenberg III campus, situated on the circulation loop around the campus used for deliveries and connecting via footpaths and a courtyard to the central green axis of the campus.

In Corelab 1B a number of very specific activities whose equipment requires from low environmental vibration up to an (extreme) vibration-free environment are brought together. In the program of demands these activities are divided into laboratory clusters, in which proximity and interaction are central.

The concept of the laboratory complex Corelab 1B originates from the logic of specific technical demands of the different cluster groups. For some clusters the demands are rather the vibration-free character and the dust and light control. For the Clean Rooms cluster mainly a high climate and dust control is demanded.
It was decided to build a compact complex in which the building program is realized in two building layers. A thoroughly rationalized lay-out and internal circulation result in simplicity and intelligibility in use and a large flexibility in view of the future. The assorting character of the clusters is systematically continued throughout both laboratory floors resulting in a strong individualisation and identification of the different research areas.

The non-laboratory areas such as offices and technical rooms are brought together in an adjacent wing, separated by a structural seam to protect the vibration-free character of the laboratories. The offices are conceptualized as a connection, forming a bridge between the two Corelabs.
The laboratories have a technical room above the actual air-conditioned laboratory in the form of a walkable ceiling, suspended from the structure above, creating an open space serving as “technical distribution room”.

To obtain areas of low environmental vibration the building is divided into four clearly hierarchic and completely independent architectural structures. As a consequence of this division for each source of vibration one or more buffers are created, resulting in a system of laboratories with low environmental vibration and vibration-free laboratories. These structures are in design from the foundations on completely independent and as such also successfully realized.