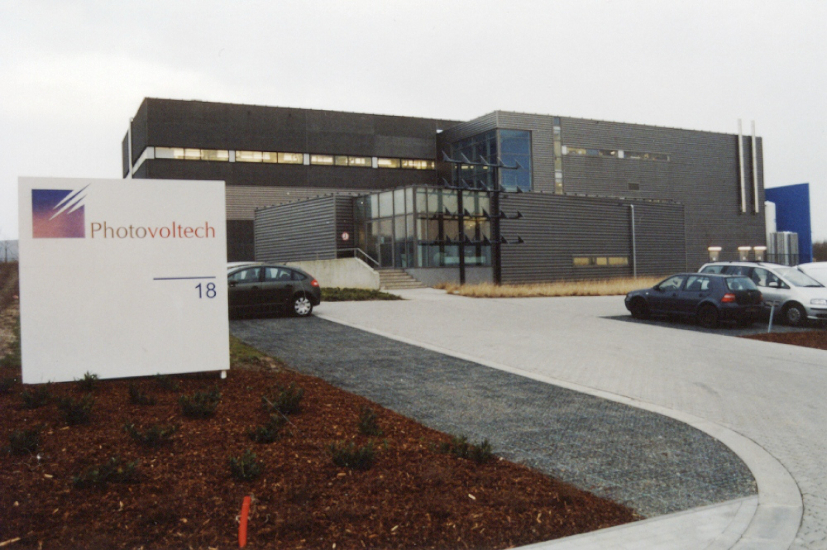 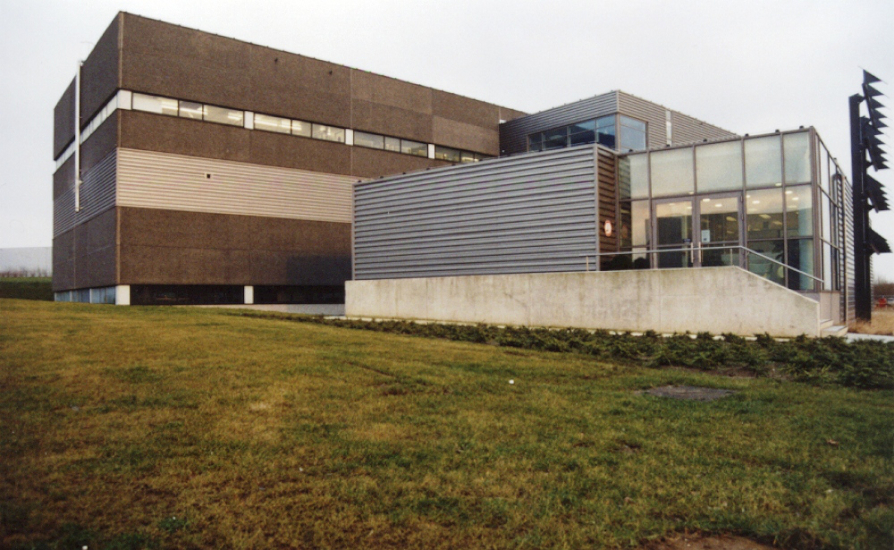 Signum developed a spatial concept in which the two more or less equally large production rooms (solar cells and assembly room) are located above one another, with an intermediate technical floor.
A very important advantage of this spatial concept was the fact that large part of the site could be reserved for later extensions.

Through extensive division of the rooms according to typical and atypical characteristics a pure lay-out was achieved. The atypical central technical facilities were brought together in a “technical block” with a central circulation zone and sanitary facilities, located between the production building and the administrative part.

Of this administrative part only the base is realized. The superstructure was originally designed behind one large inclined surface, semi-transparent and coated with photovoltaic cells. The office part was turned away from the production block for a better orientation and a greater incidence of light.