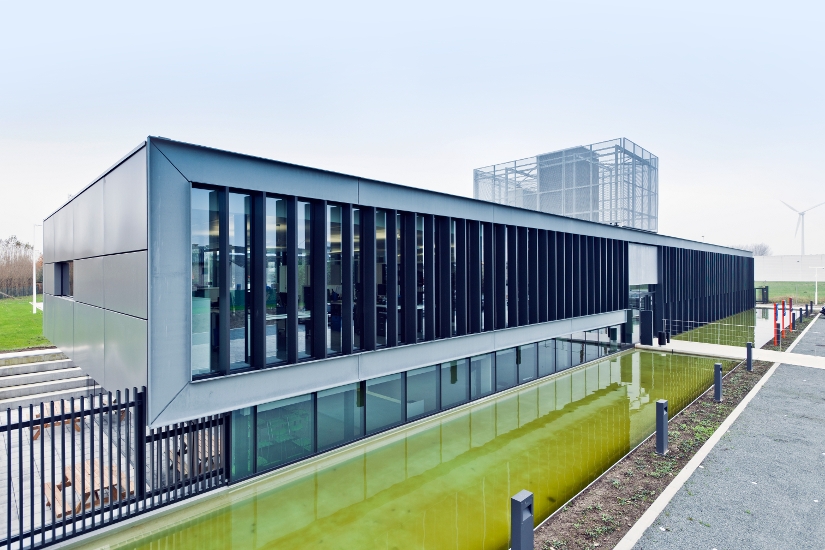 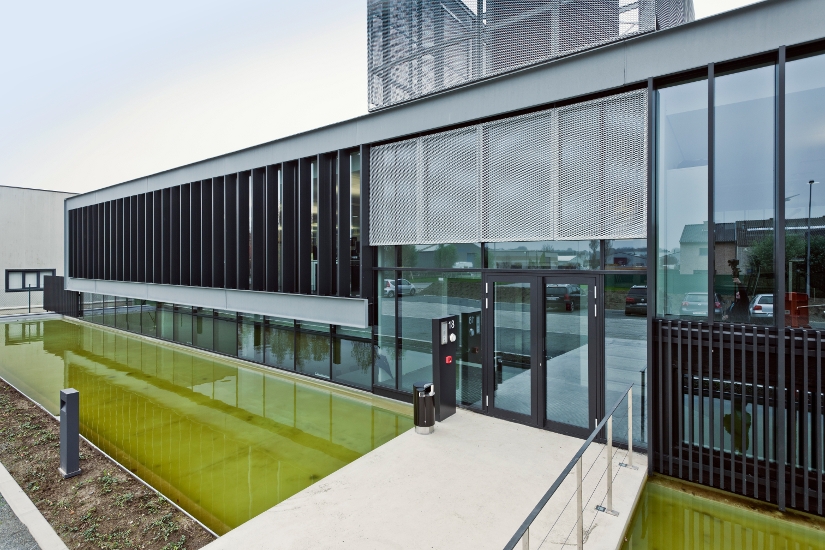 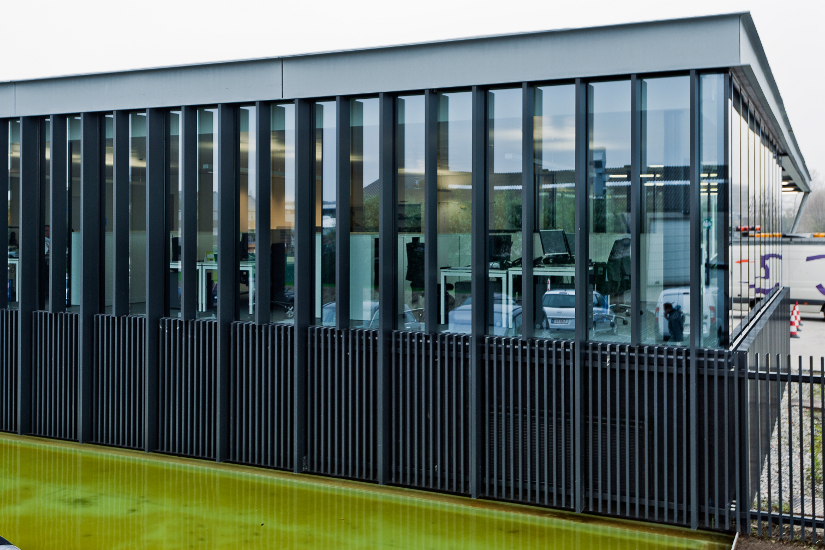 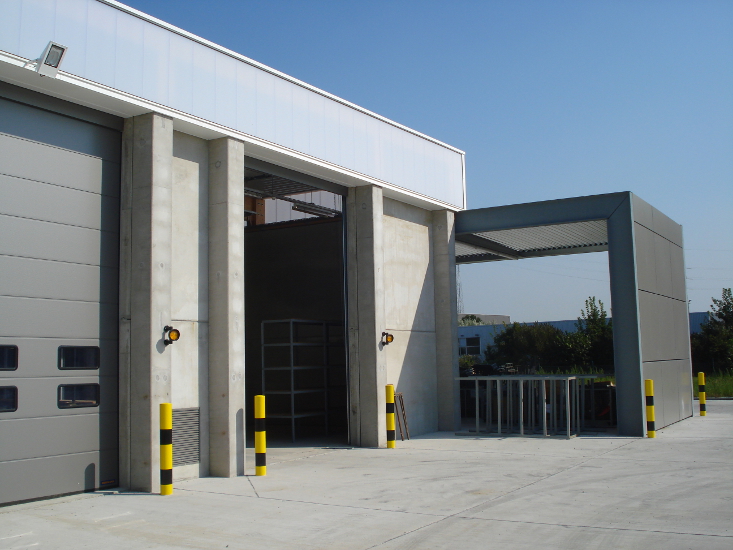 For its office in Bruges the integraal waterbedrijf TMVW was in need of larger and better equipped housing.
A new building plot was found in the Peraltastraat in Bruges.
On this site a new building with offices, a warehouse and a large courtyard were planned.

The new office building is constructed on about 27m from the front boundary of the plot. This enables the realization of a public car park with a green character. The car park is completely constructed with water-permeable materials. In front of the car park, along the street, a green strip is realized with a couple of trees.
The entrance to the part of the site which is not accessible to the public, is controlled by means of barriers. From the office building visible control on it is possible.
At the back the building borders on a stream with a park area behind it. Along this plot boundary a green buffer of 5 m is provided. Also along the right plot boundary a green buffer of 2 m is constructed.

The office building is equipped with a very good thermal insulation and optimisation of natural illumination angle and solar profits.
The technical functions, conference rooms and canteen are located on the semi-subterranean level; the office floor is located on the semi-level above zero level. This results in an optimal compact building with little heat loss.
The elevator shaft is extended to the roof to obtain the possibility to construct later on an additional floor on top of the office building.
Around the warehouse a courtyard for loading and unloading is drawn up with room to park service vehicles and an area for outdoor storage (container storage, boxes for storing bulk materials …)
The office building has neutral and austere façades: the combination of curtain walls with super-insulating safety glass and aluminum vertical awning lamellas in two colours. The south façade has a rather closed character to prevent overheating.
The warehouse is joined to the office building by means of canopies which share the horizontal field of the roof of the office building. For this building an insulated precast concrete panel is used as façade material.
Daylight is allowed into the warehouse via a horizontal strip of polycarbonate glazing right under the roof’s edge of the building.